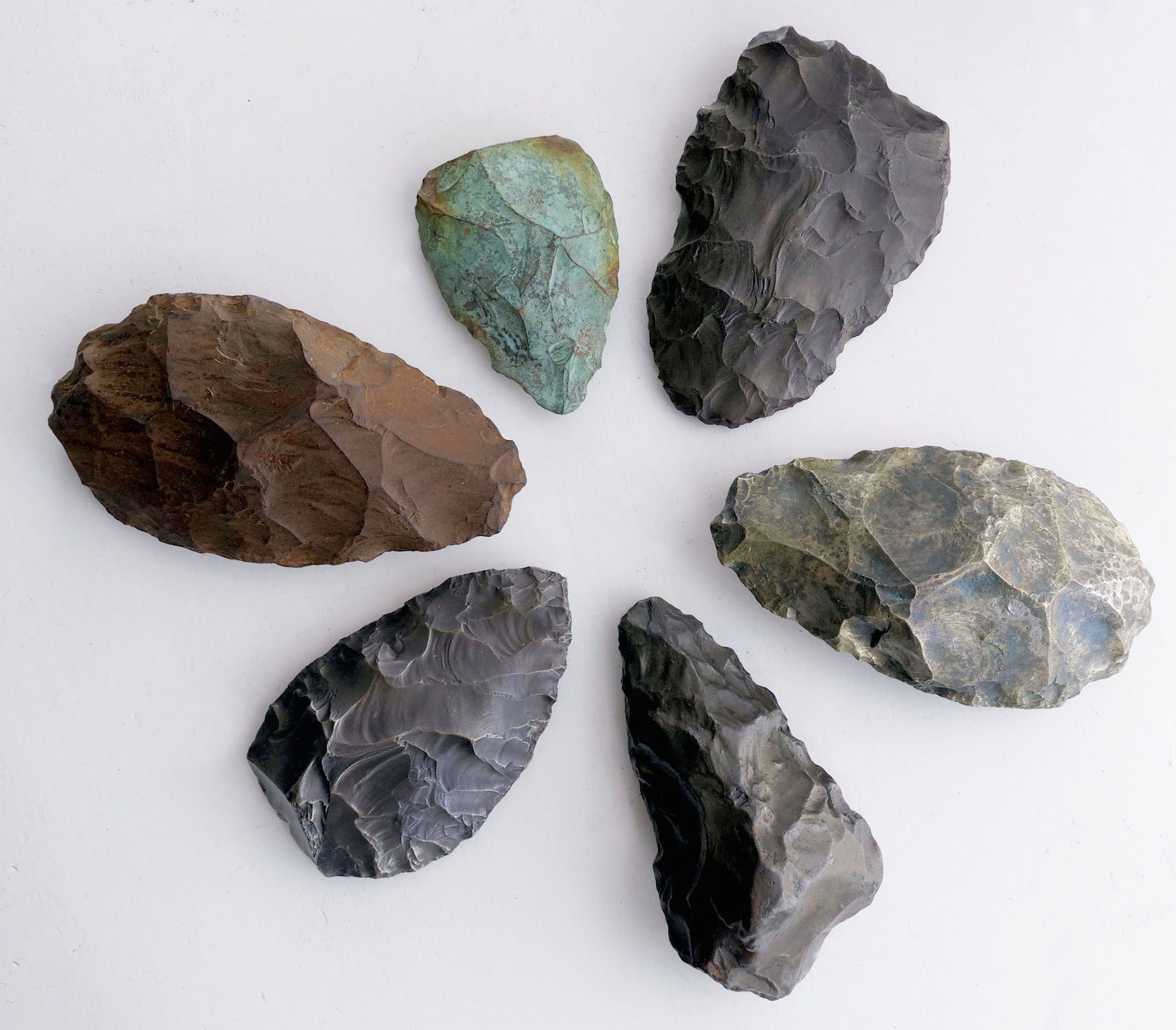 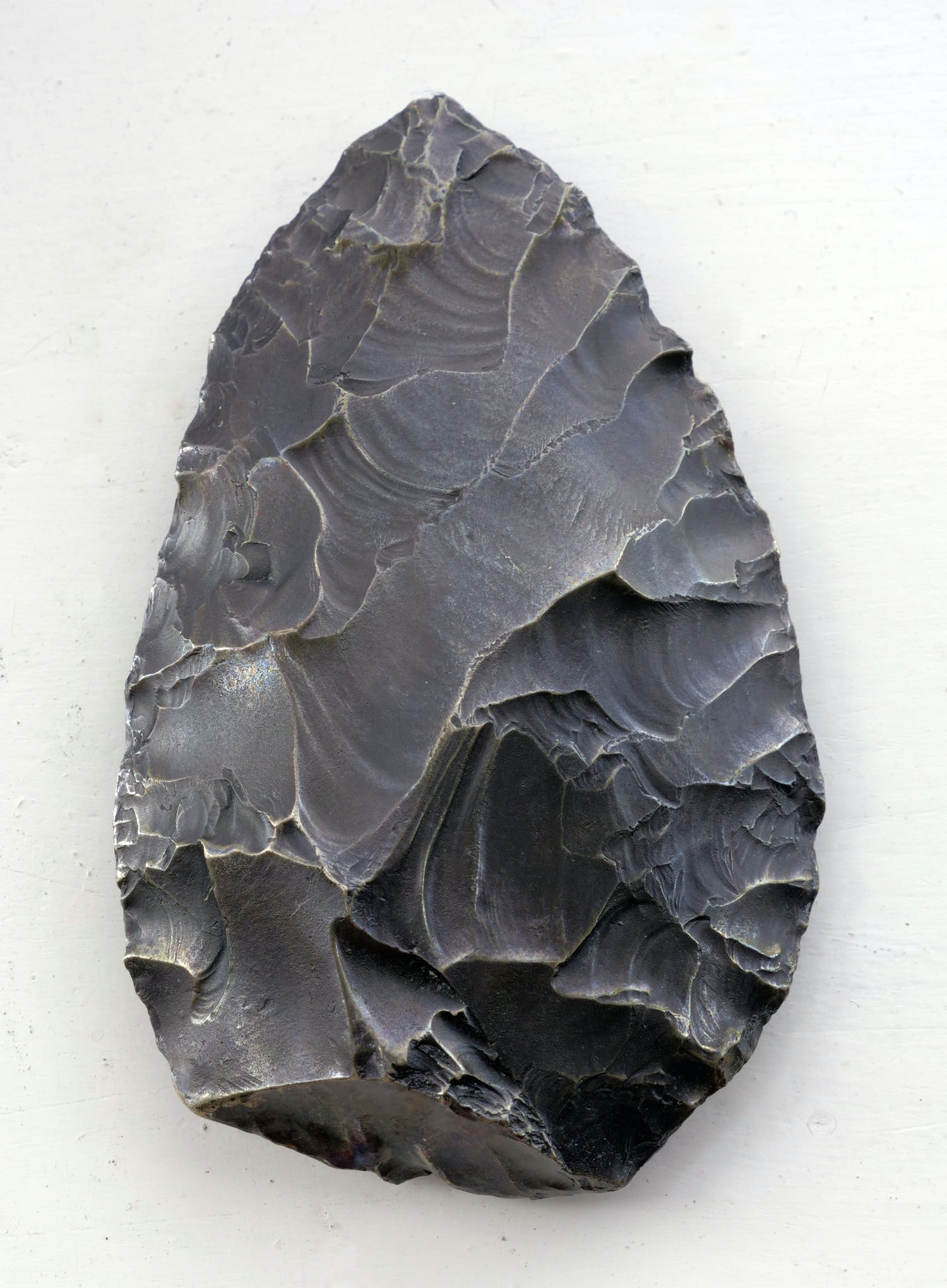 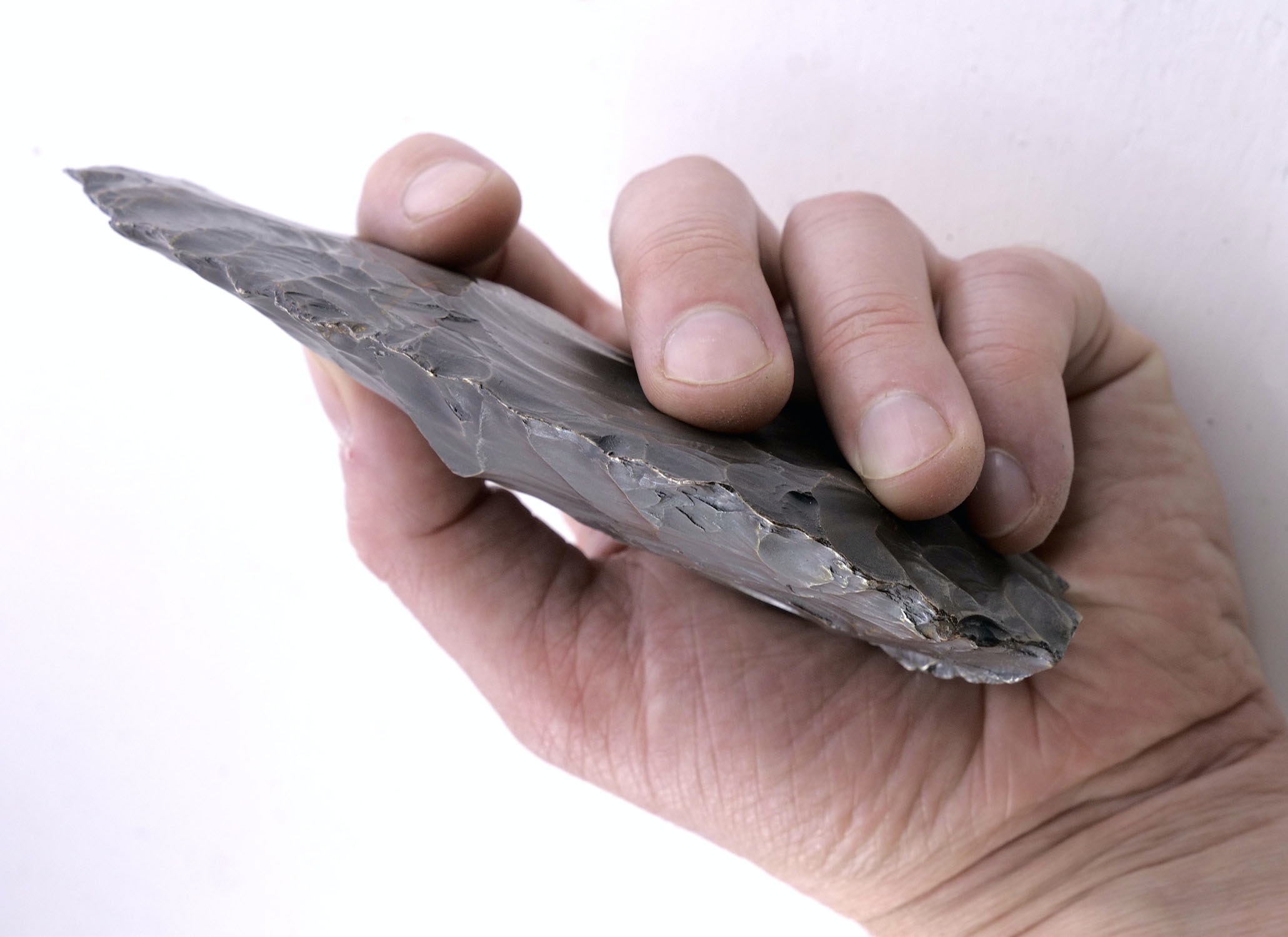 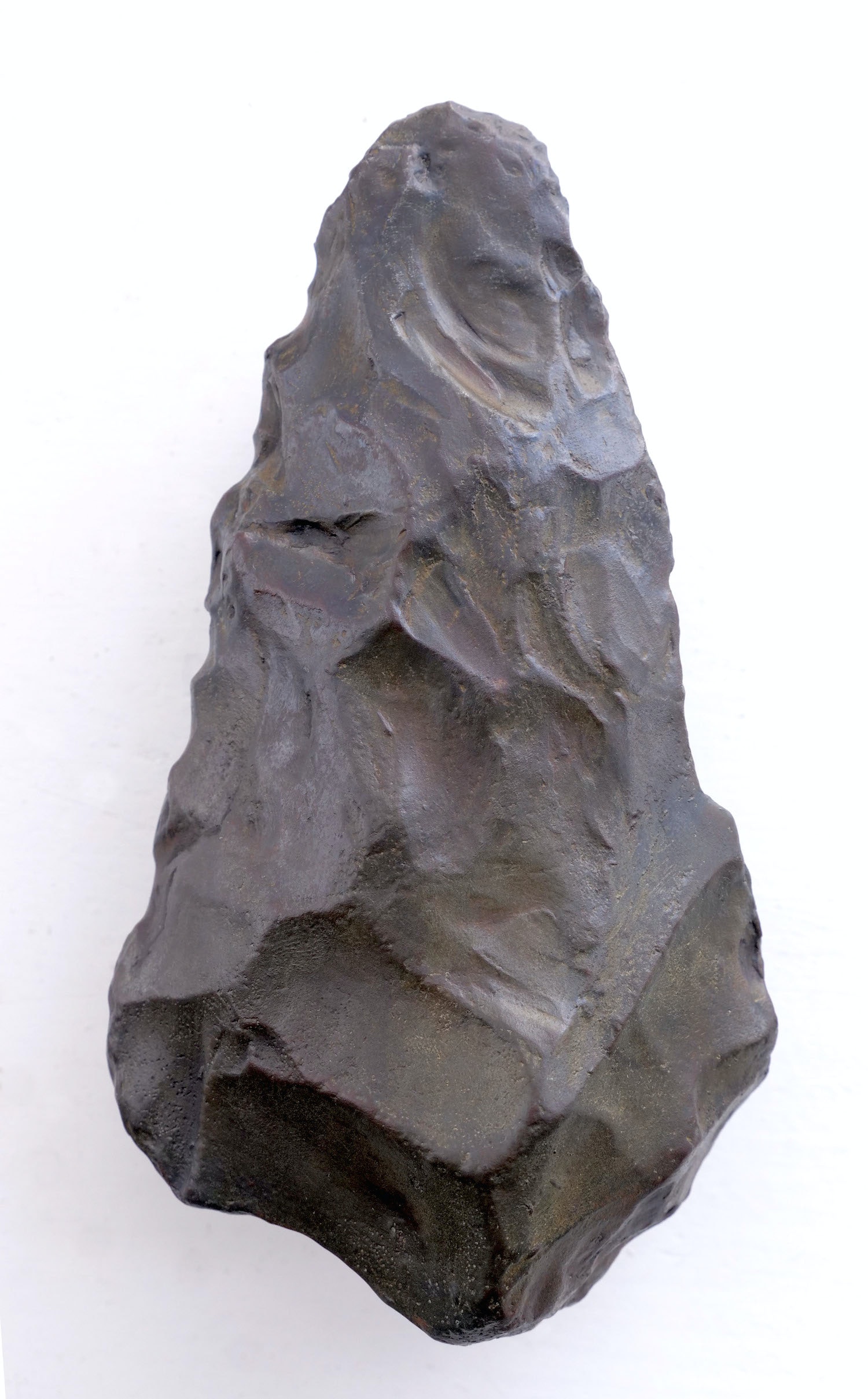 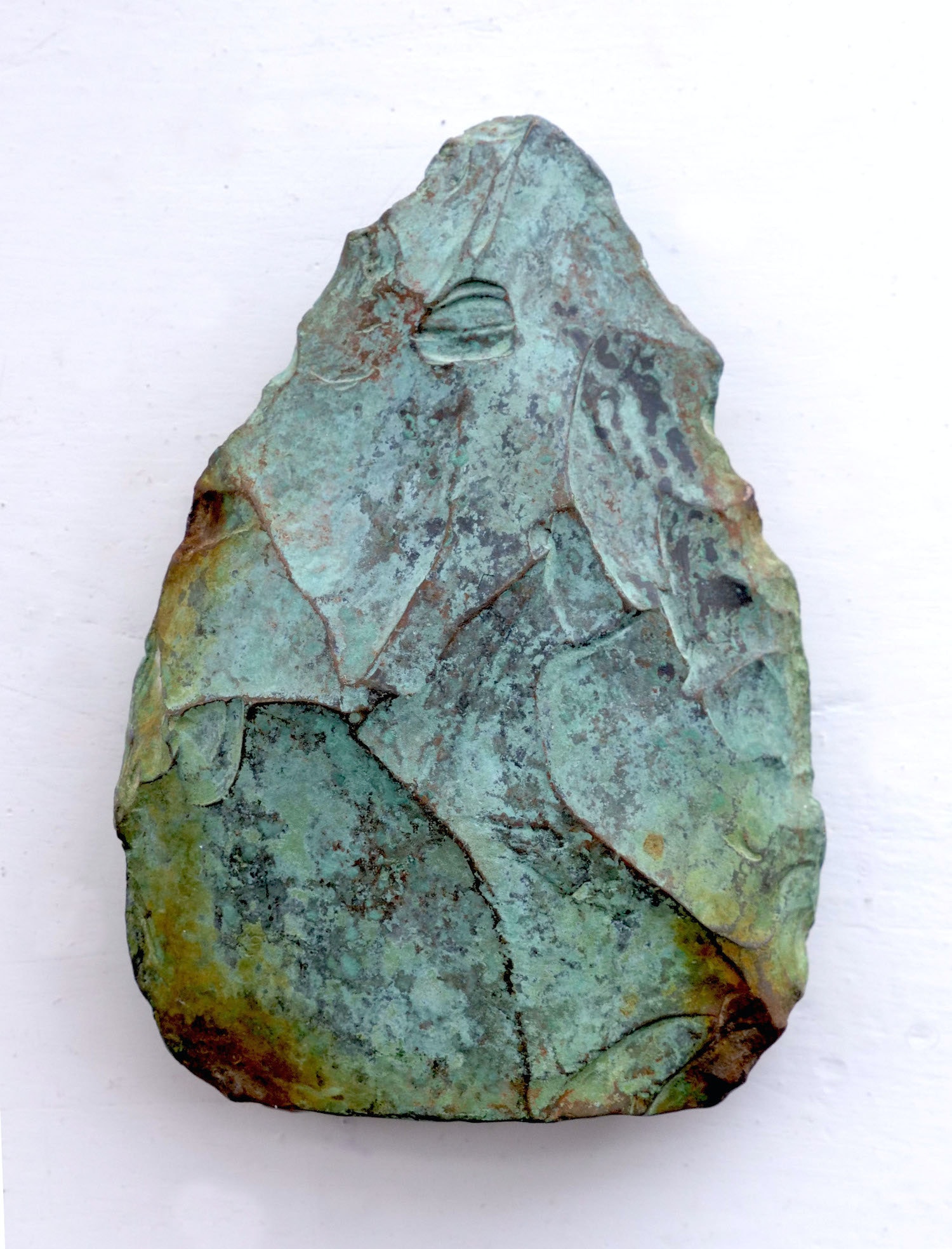 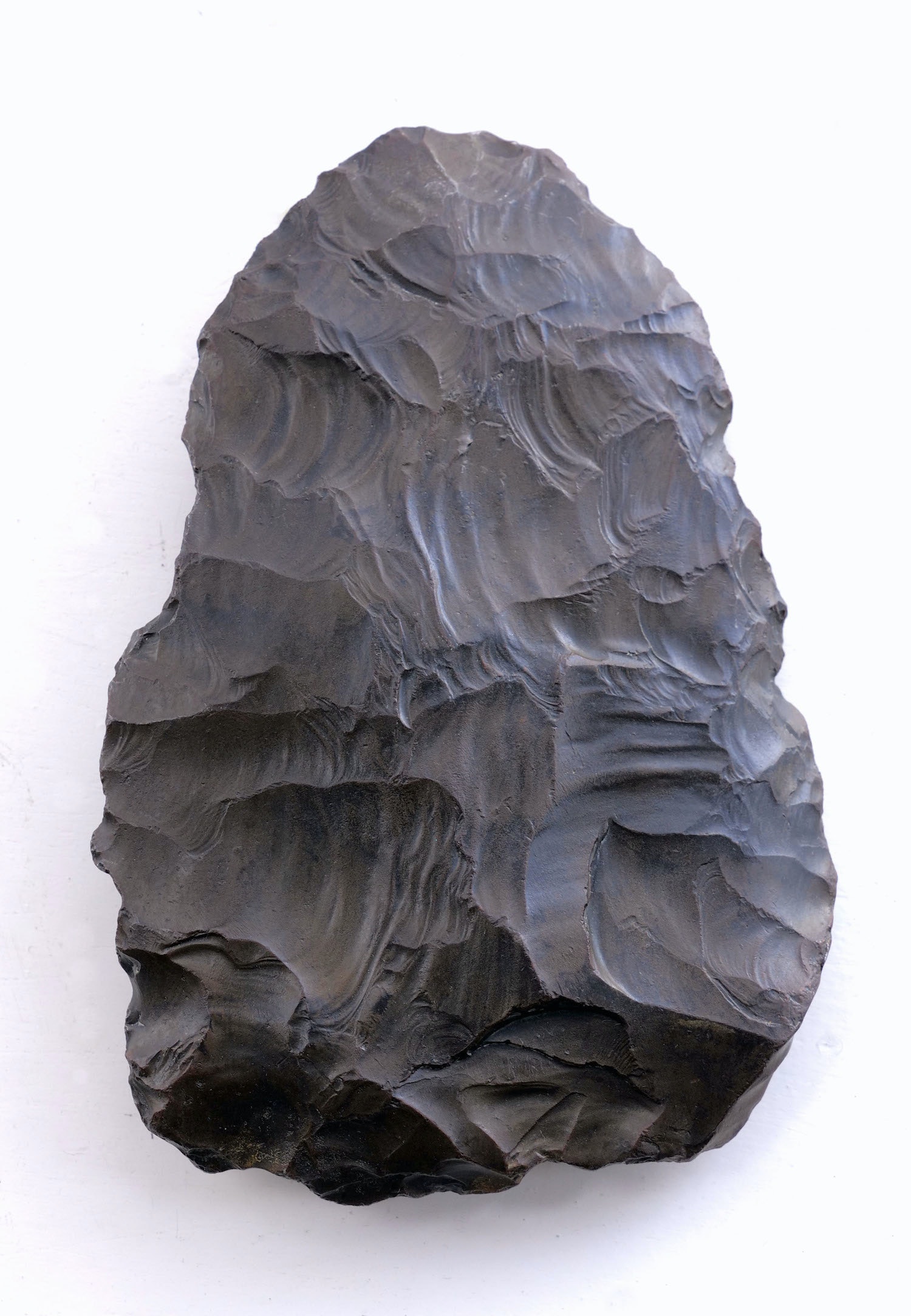 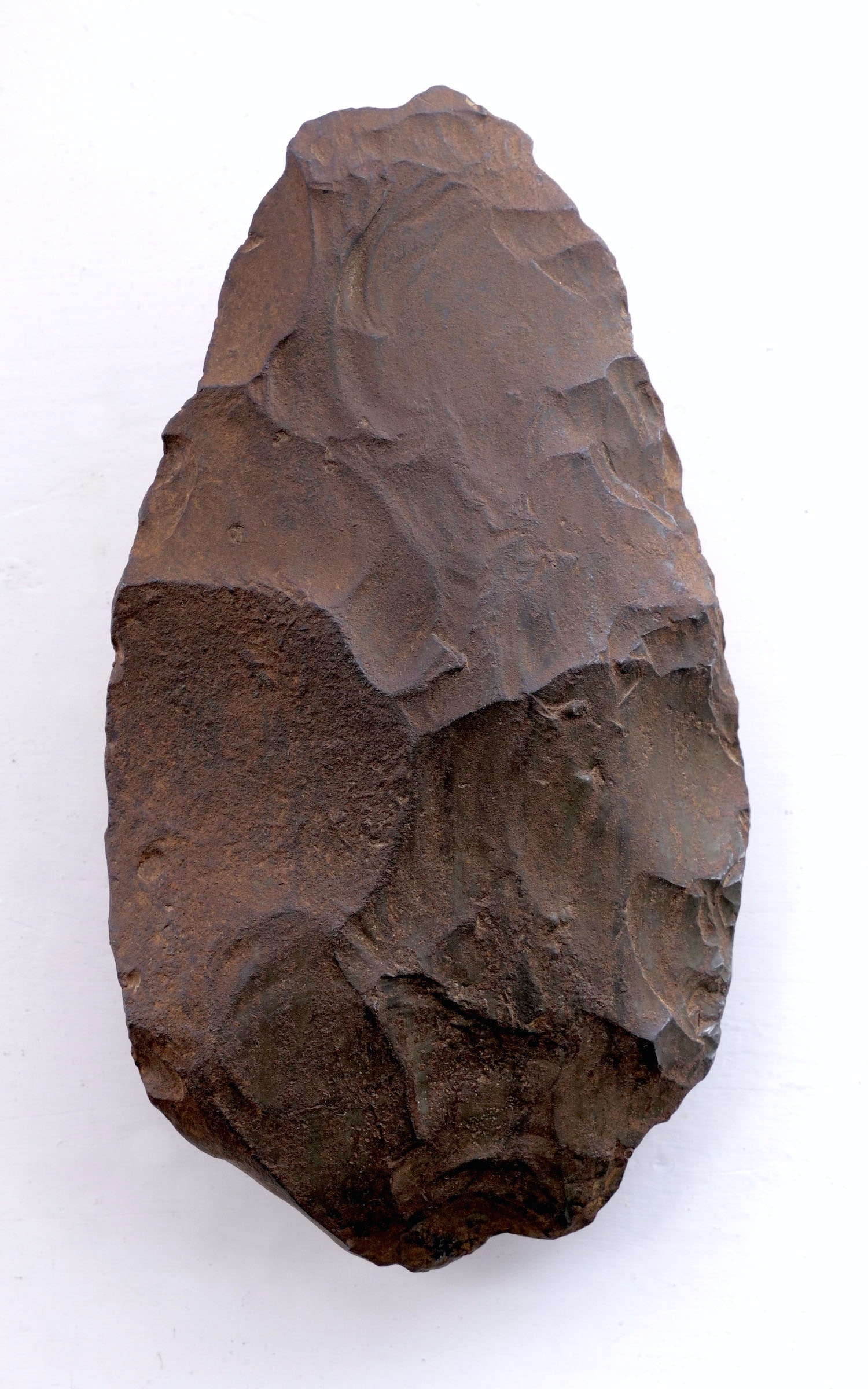 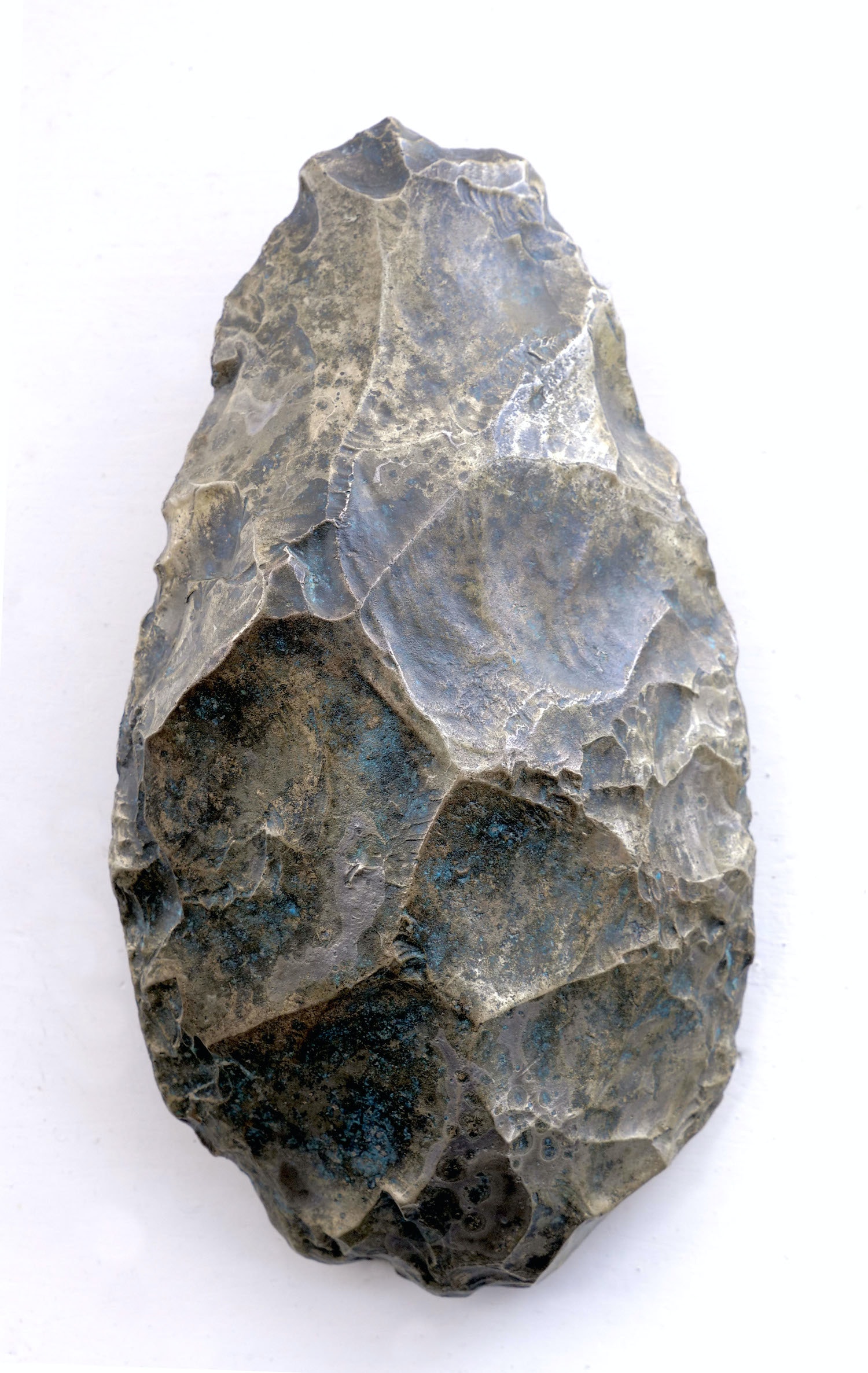 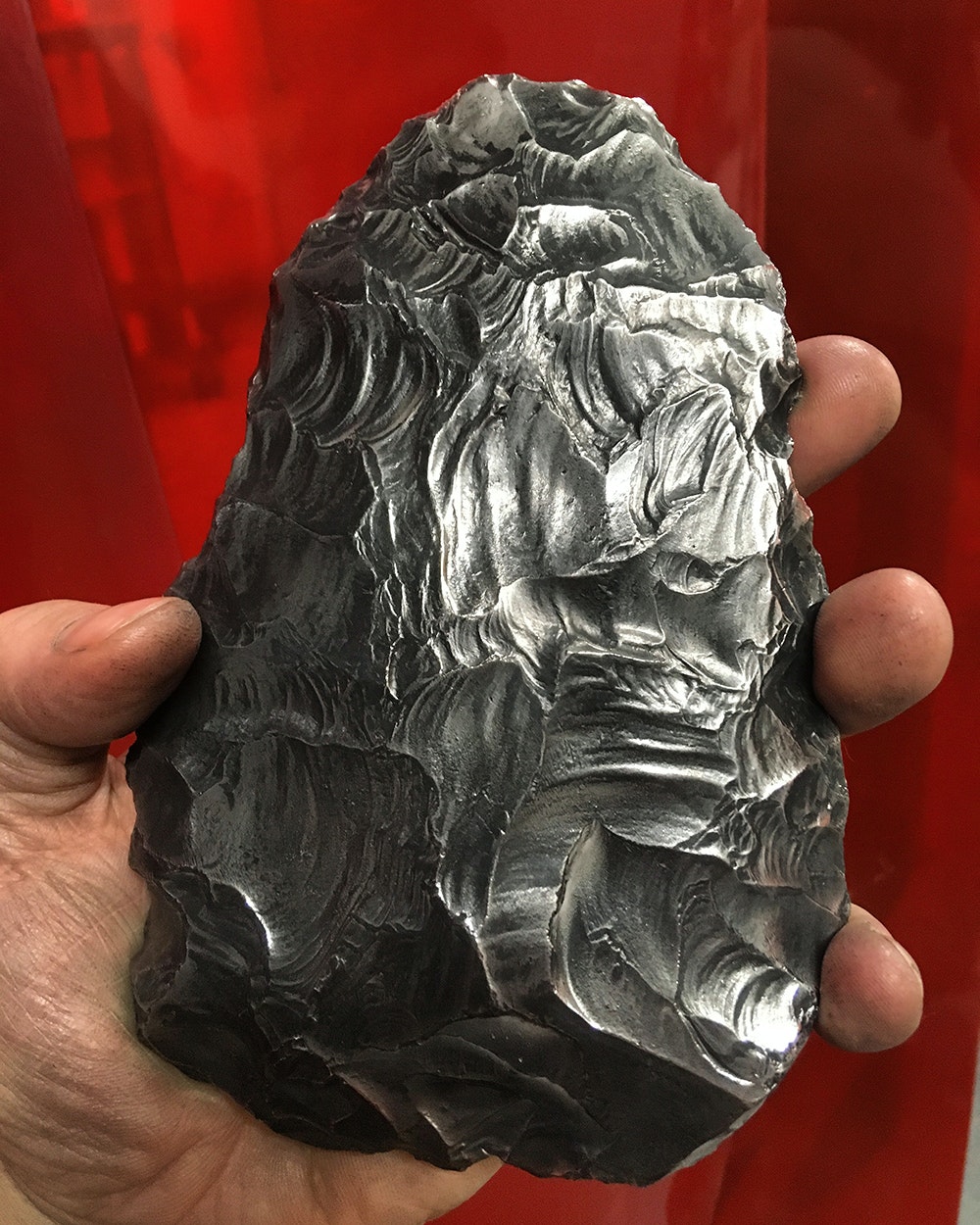 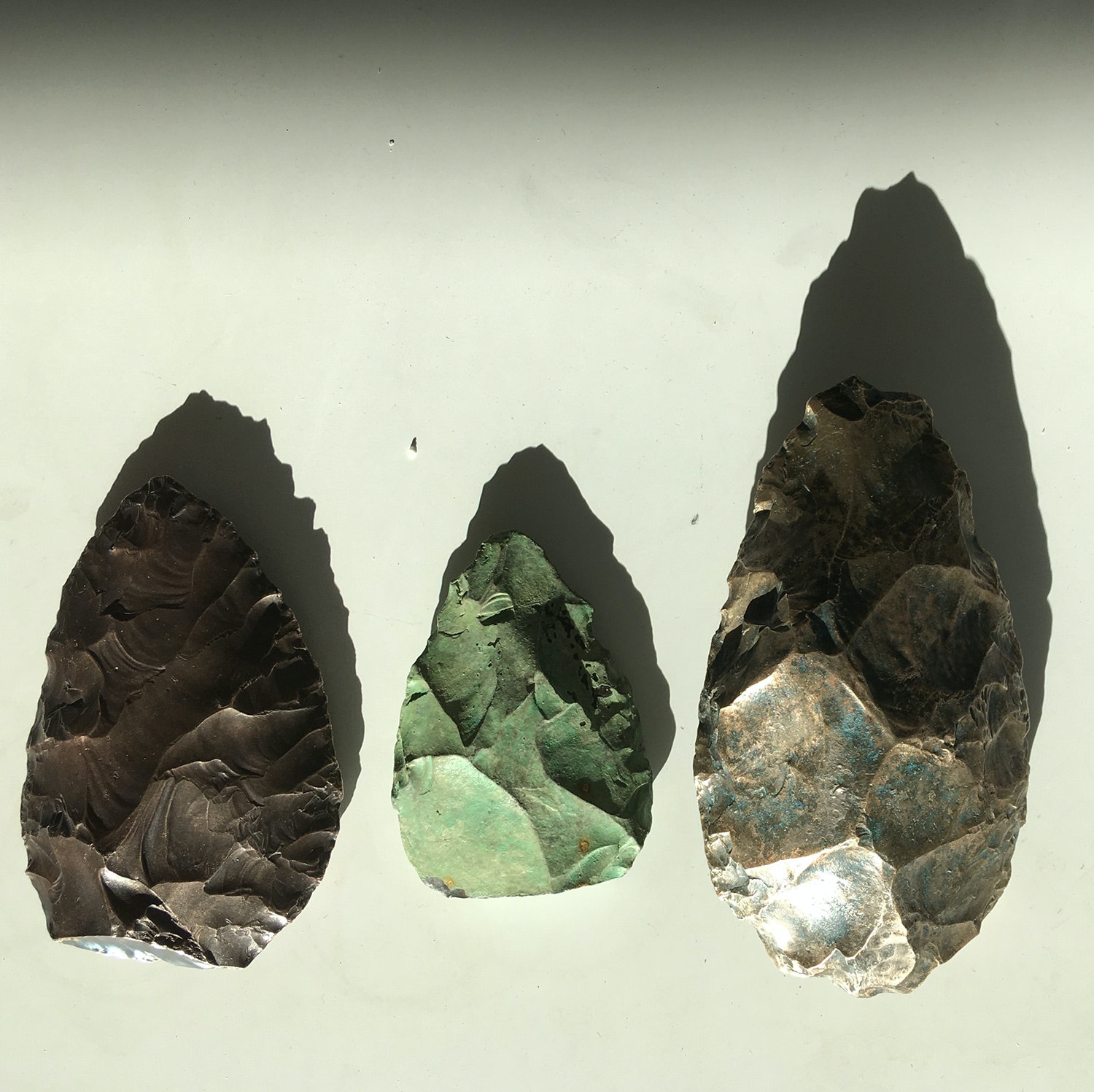 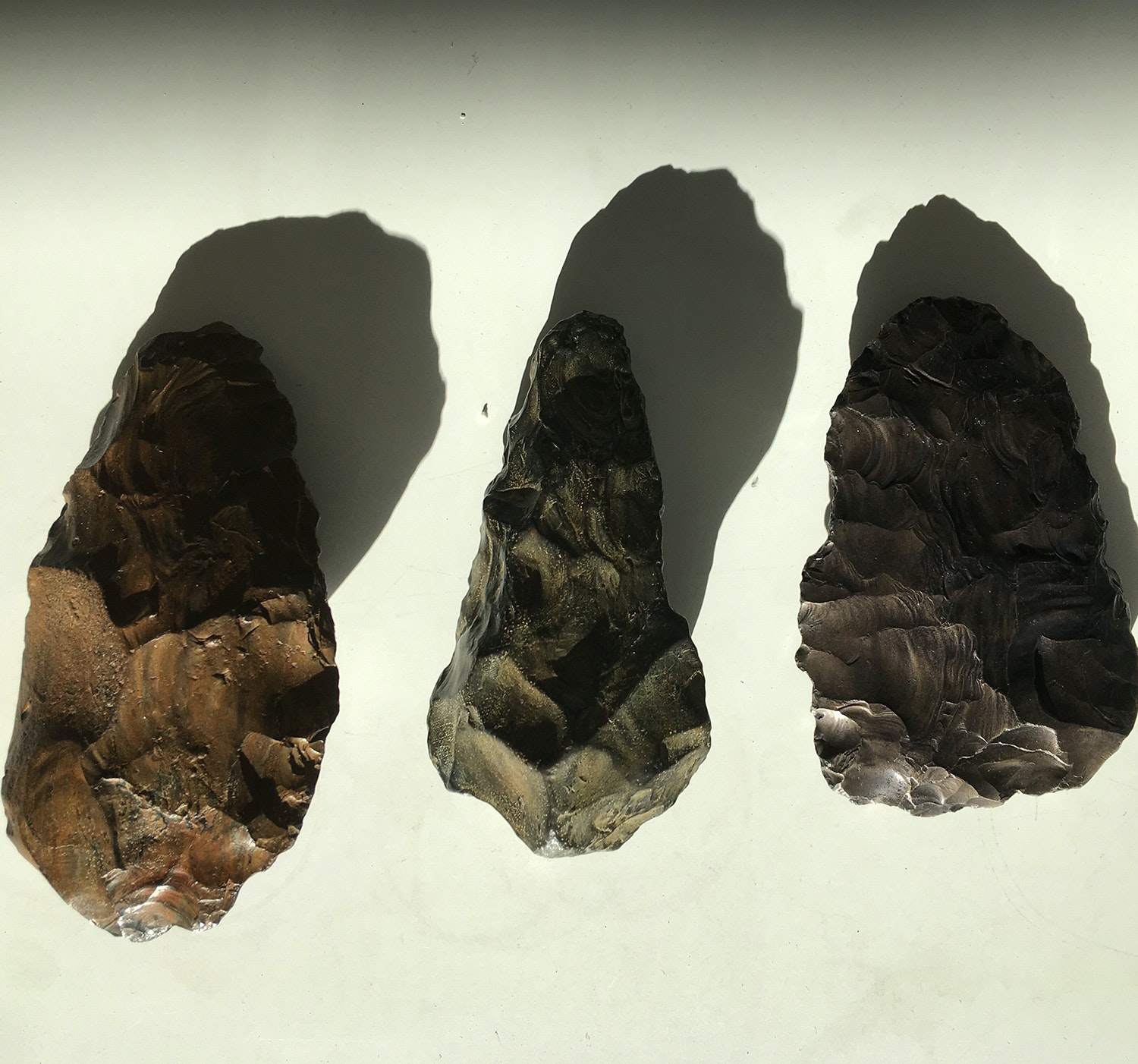 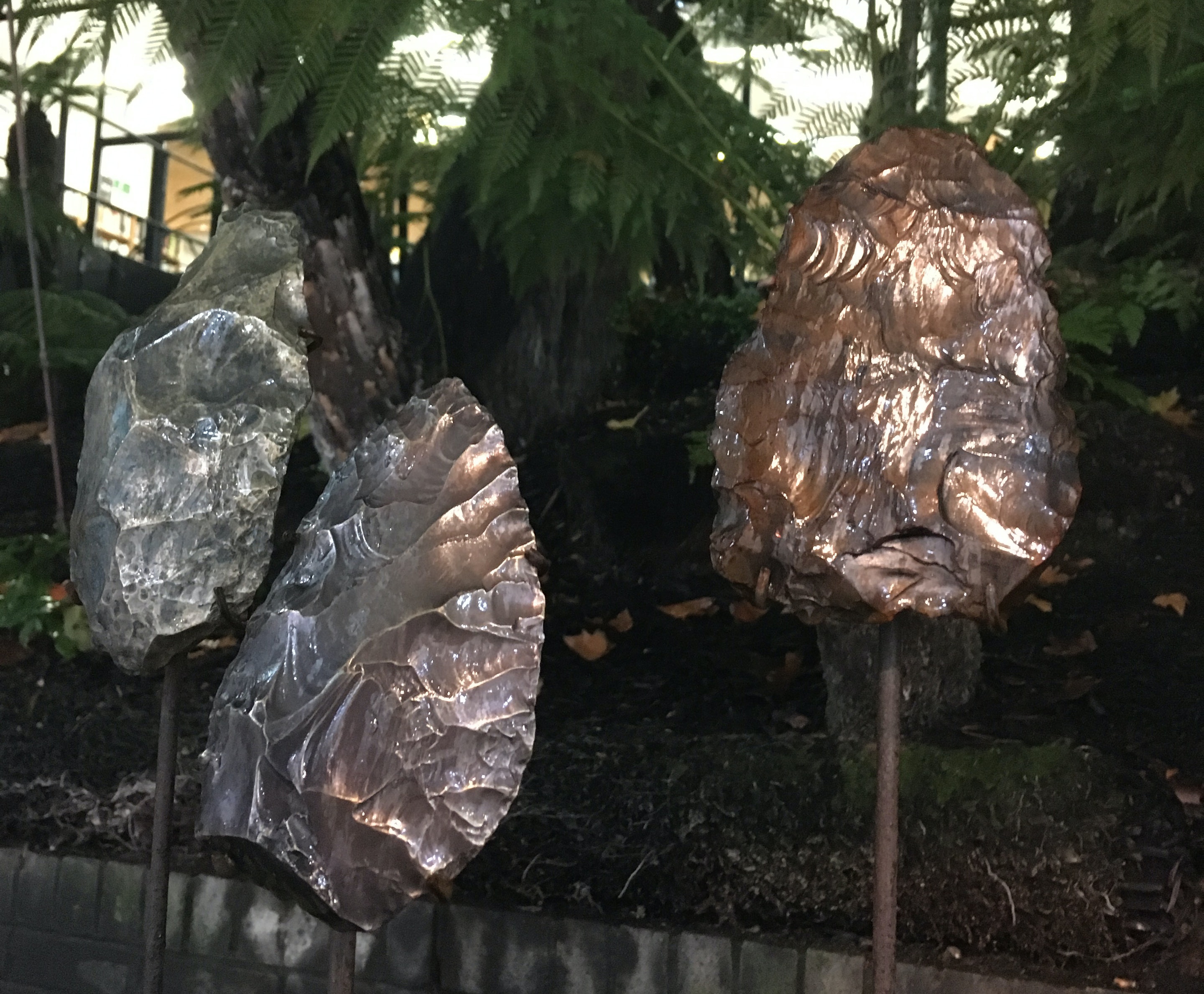 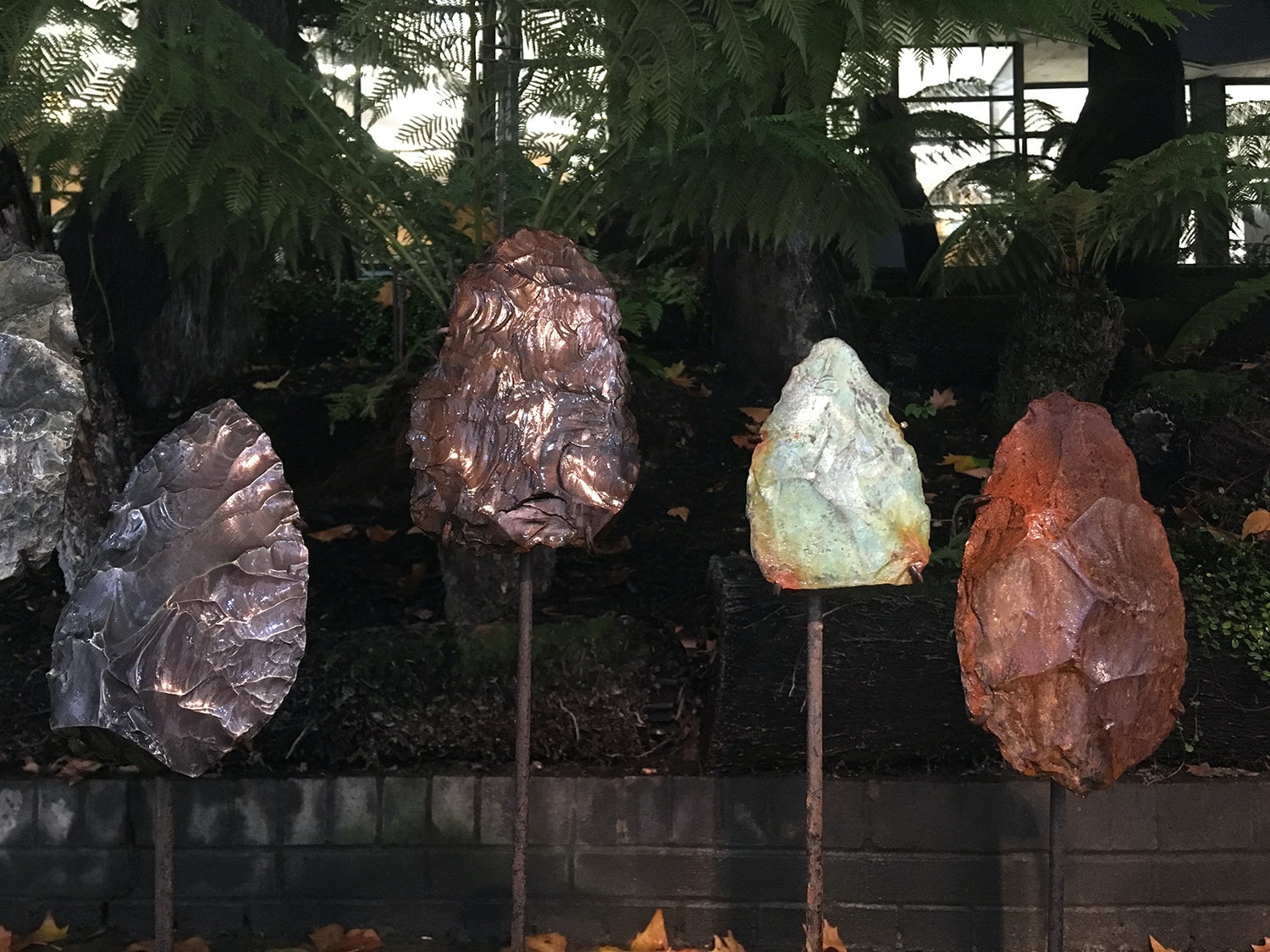 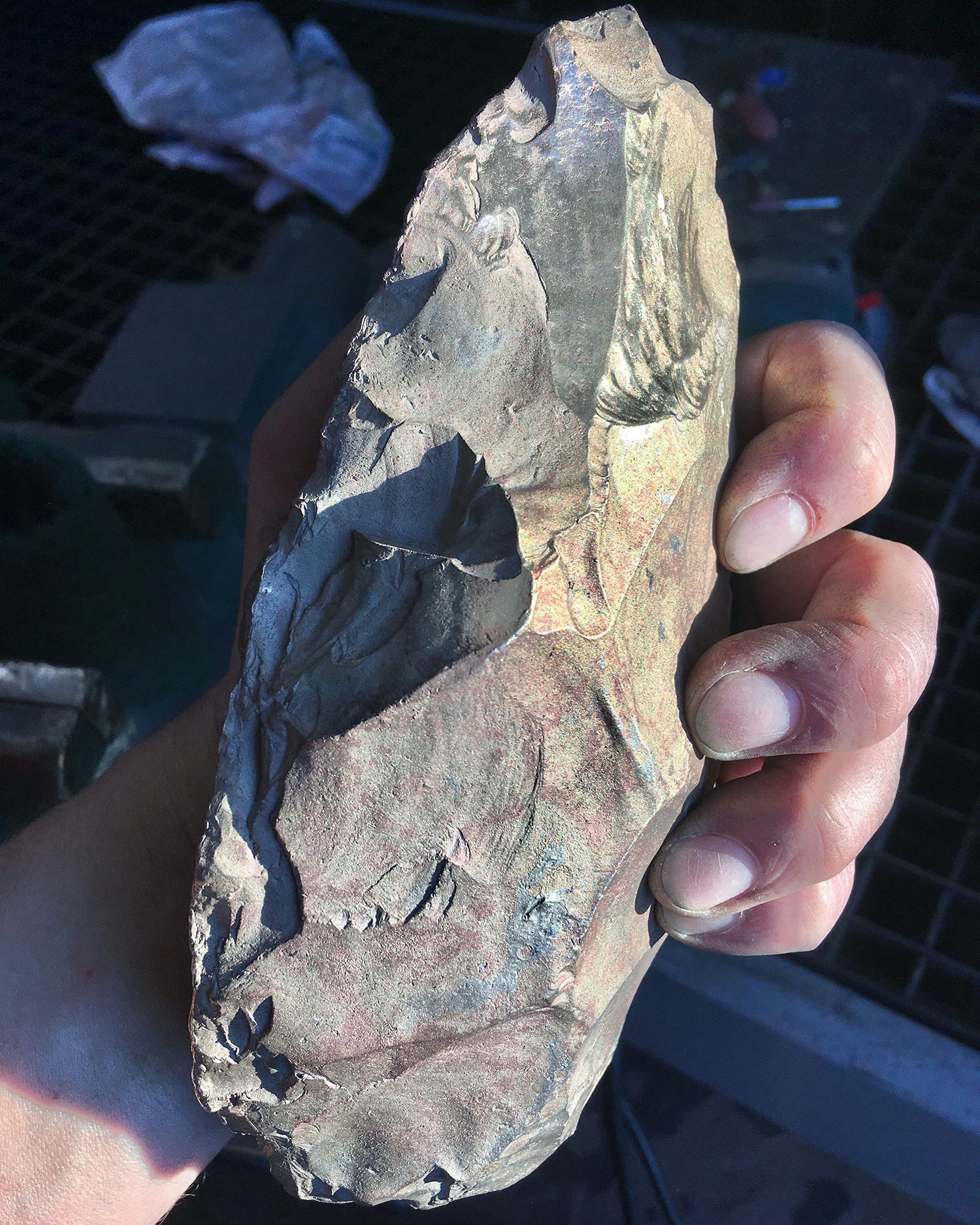 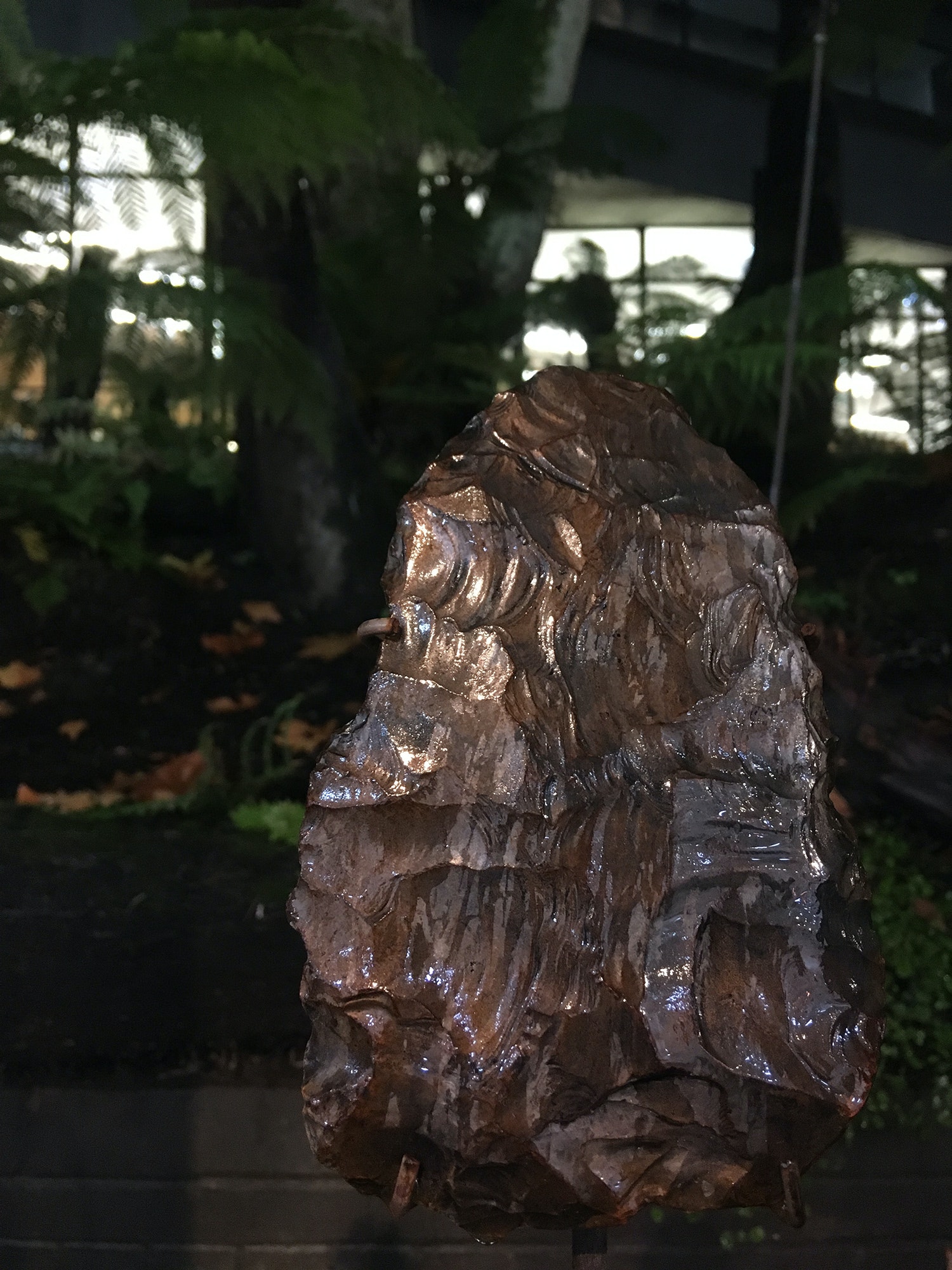 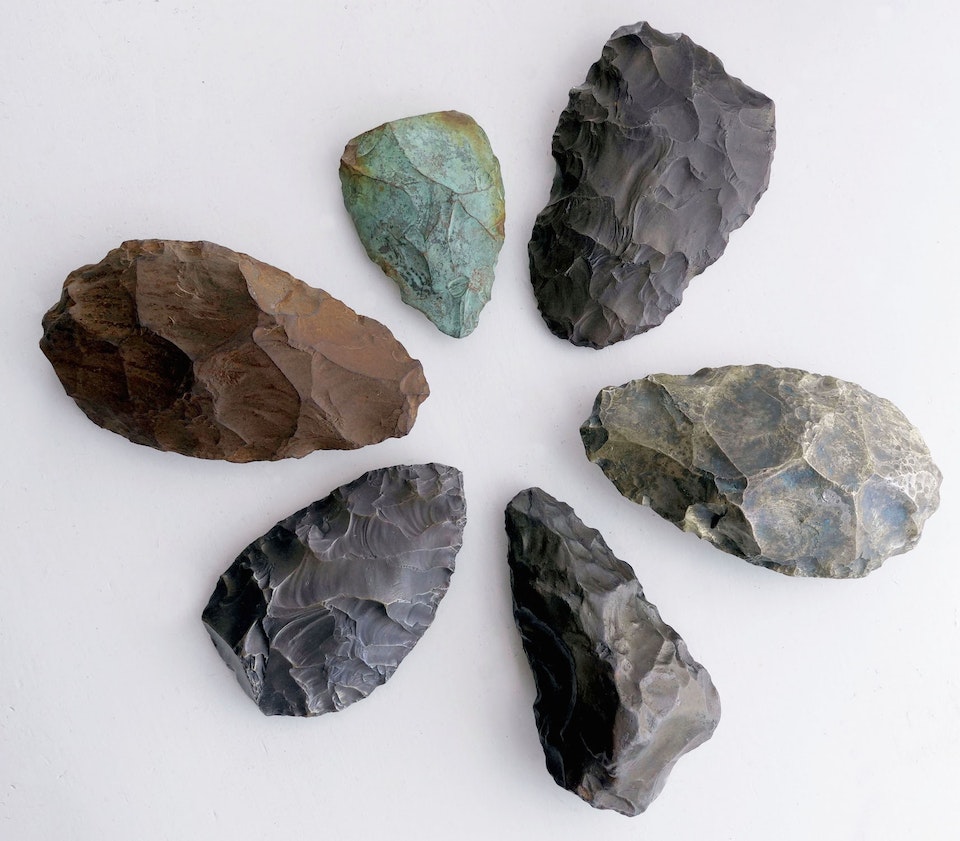 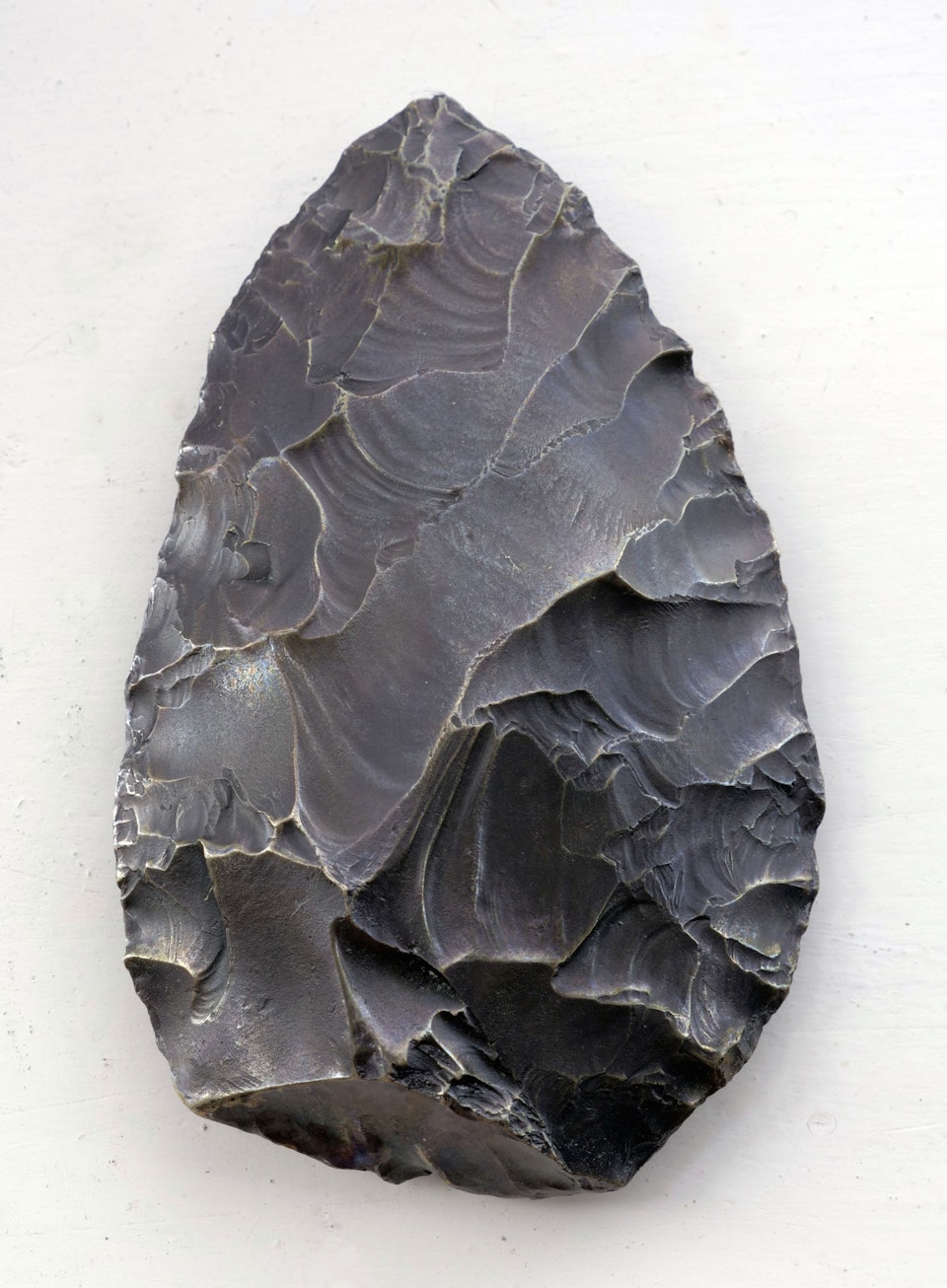 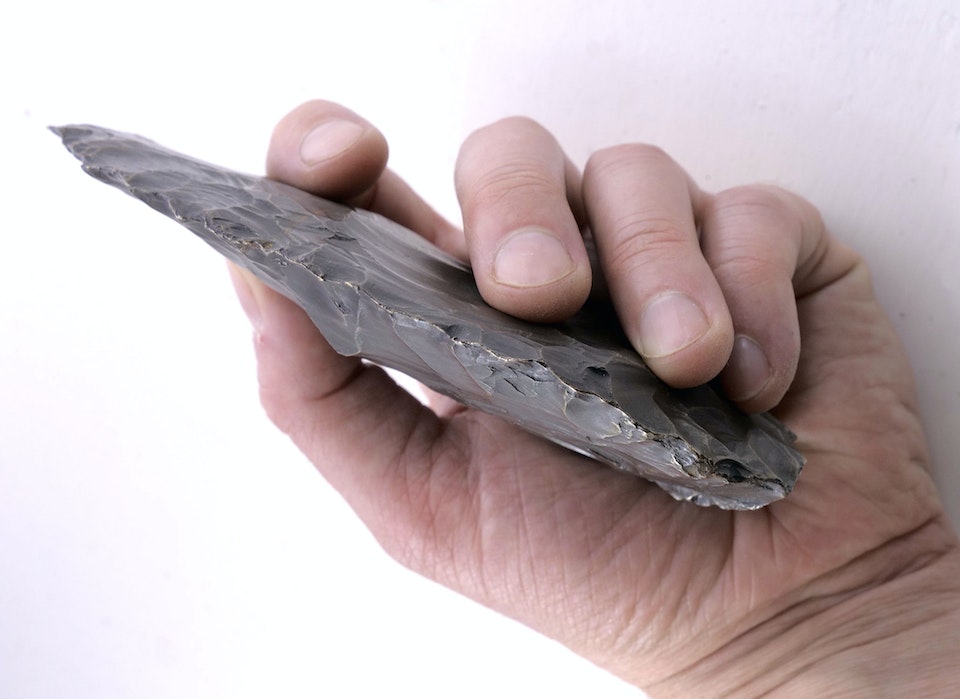 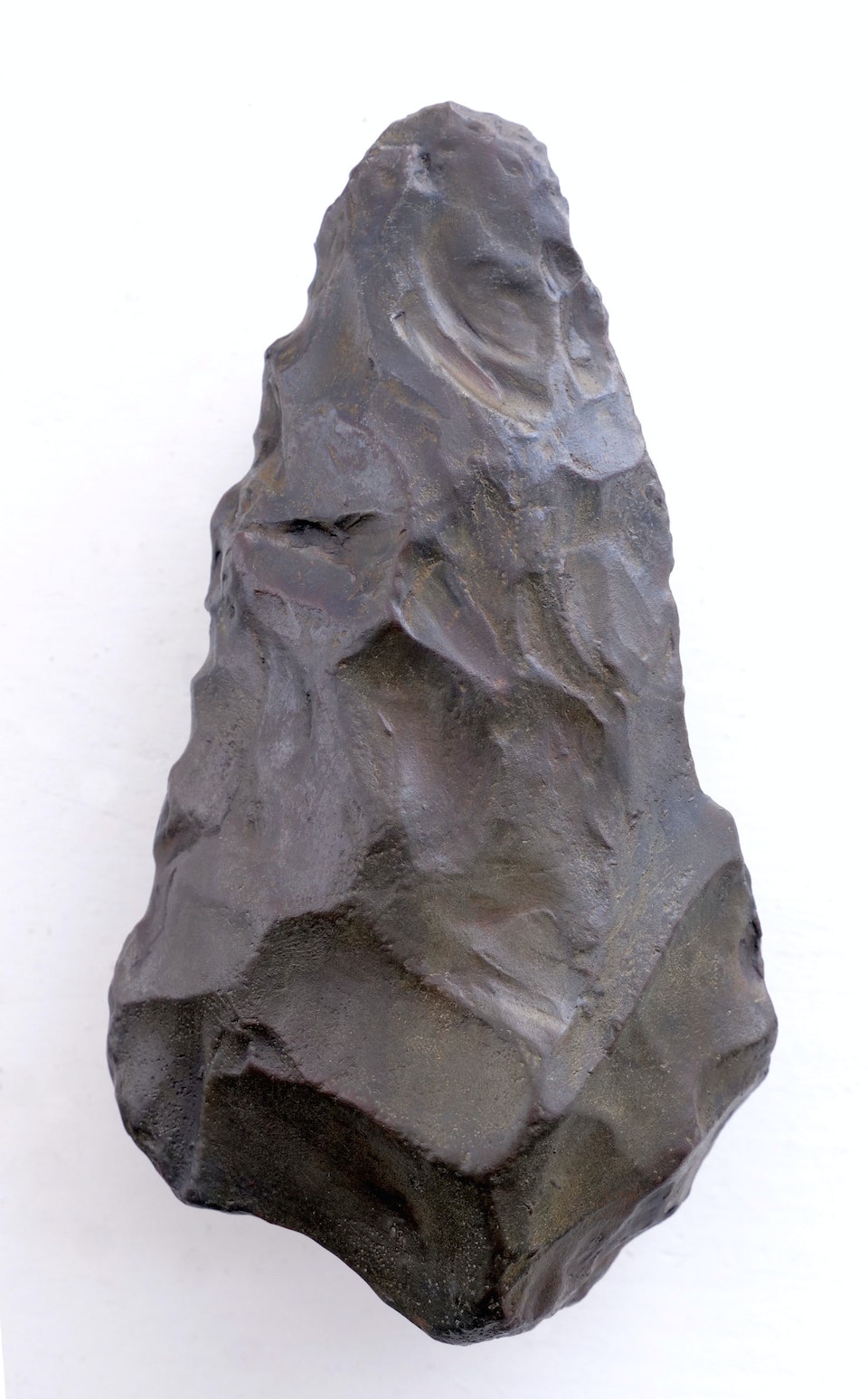 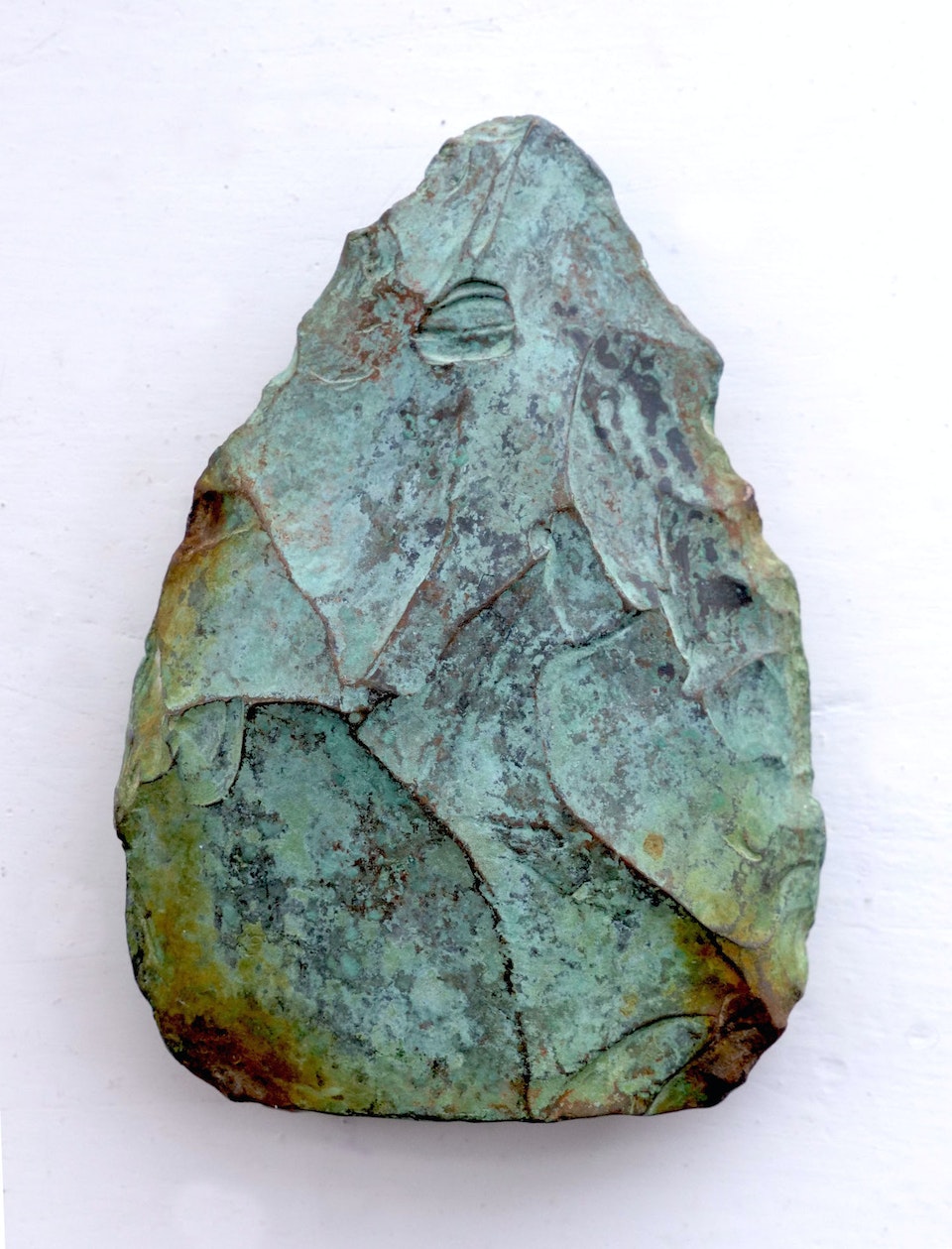 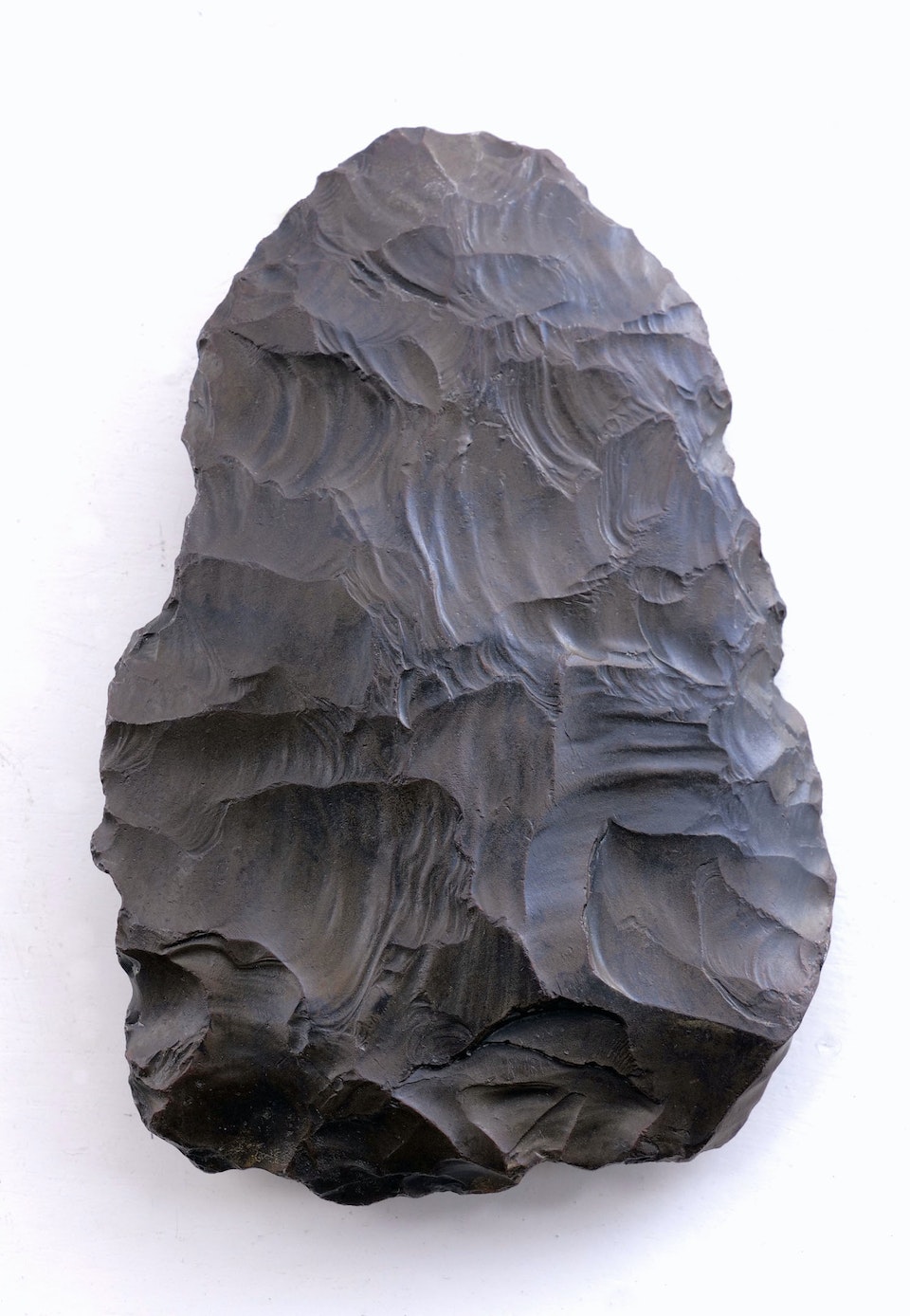 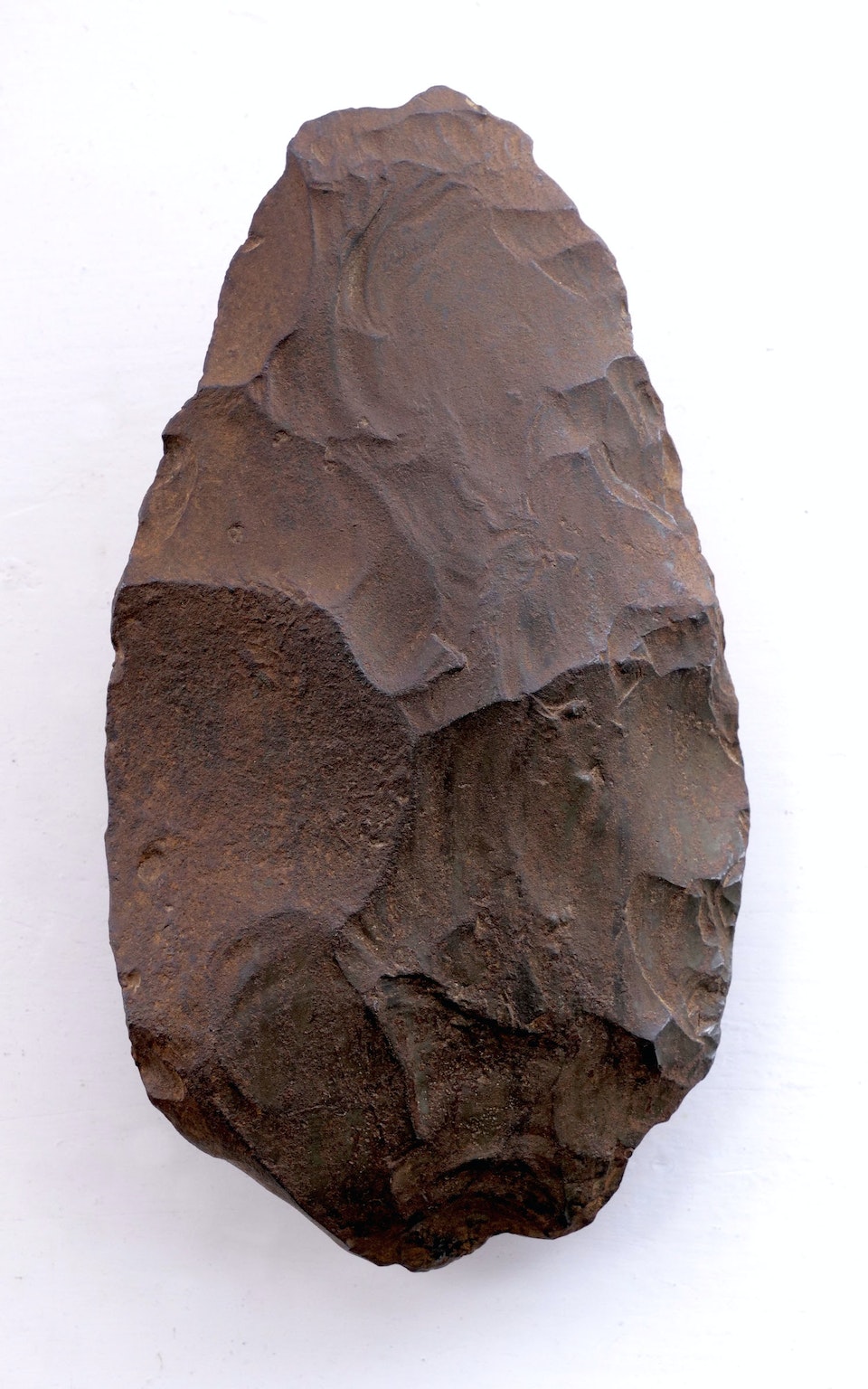 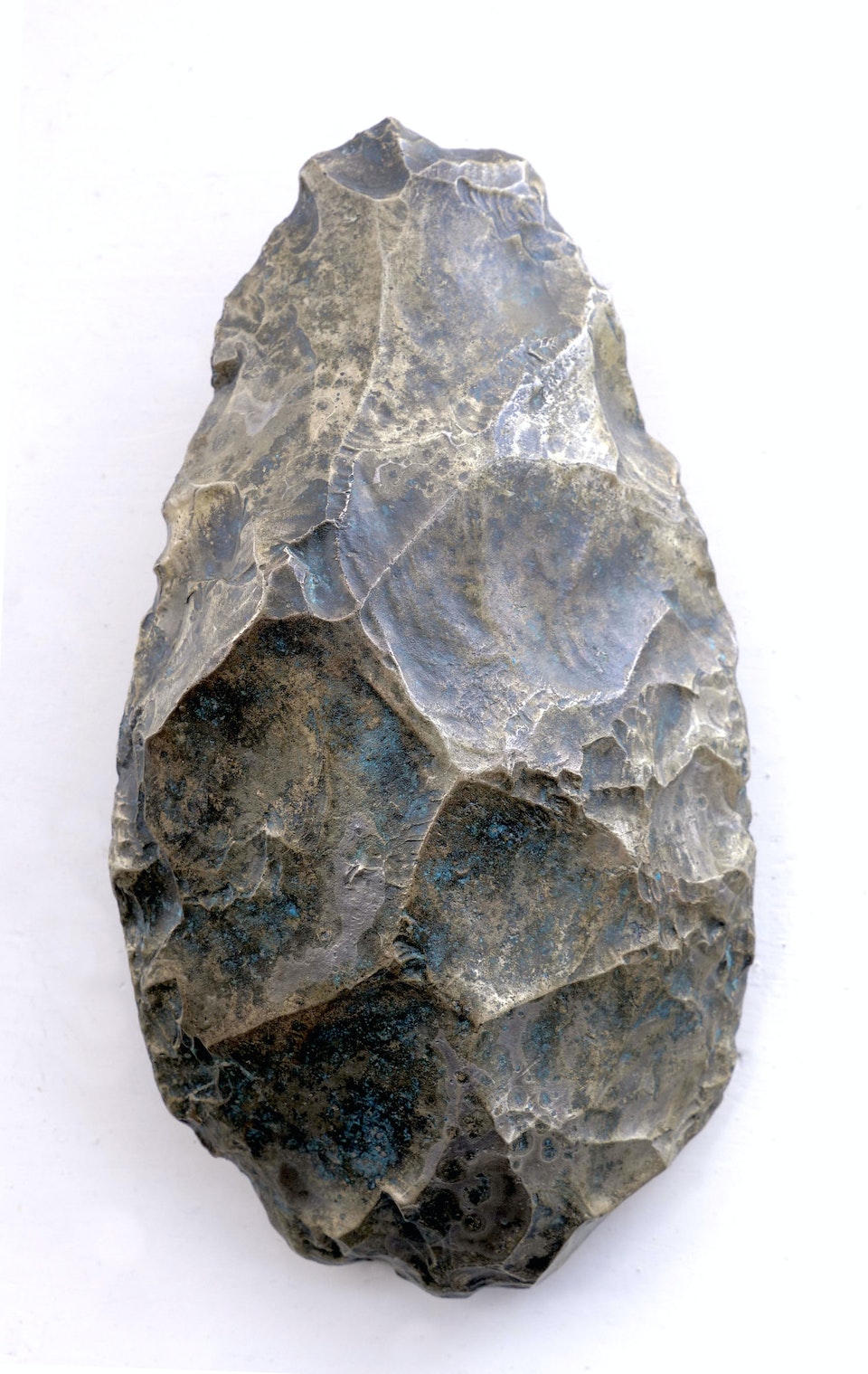 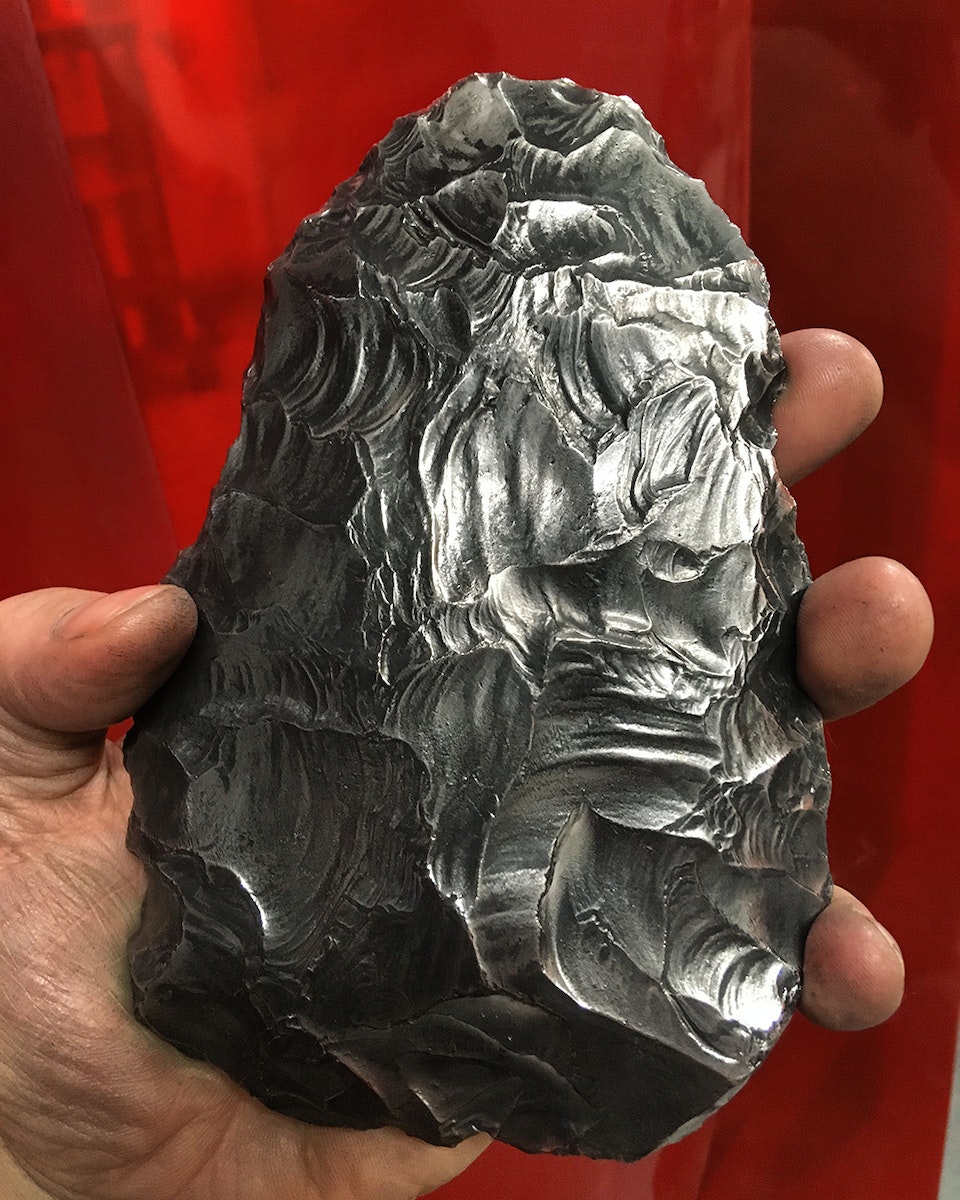 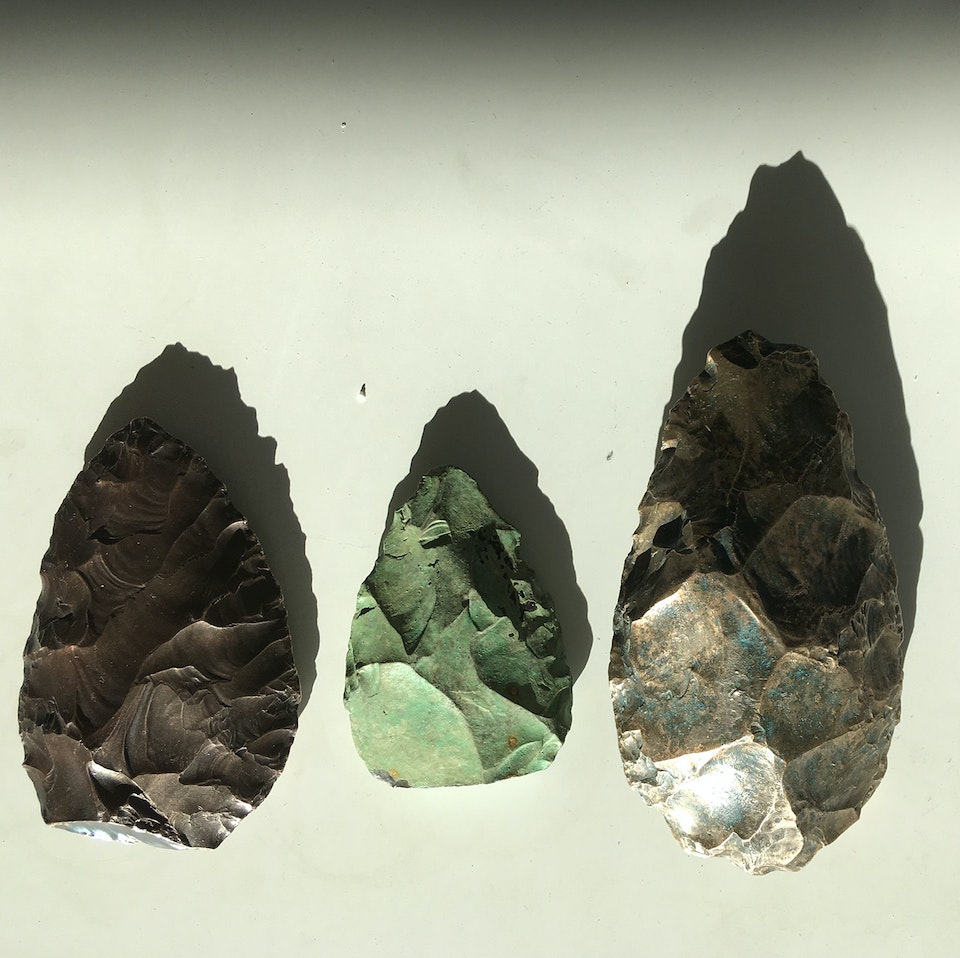 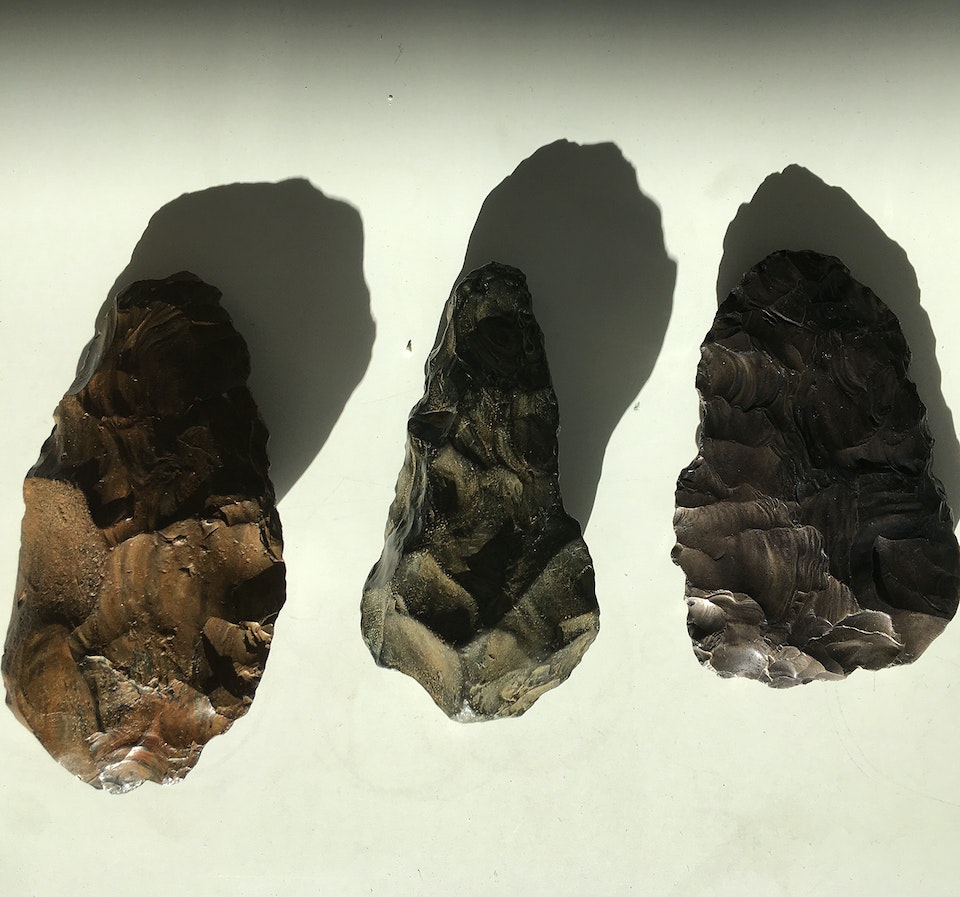 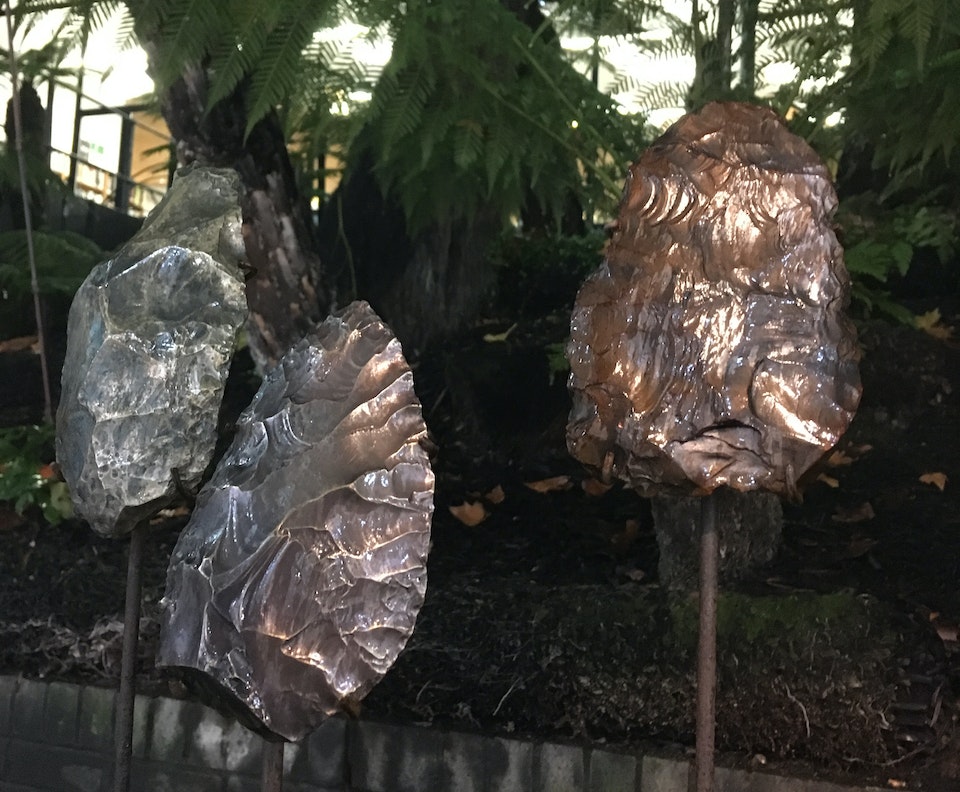 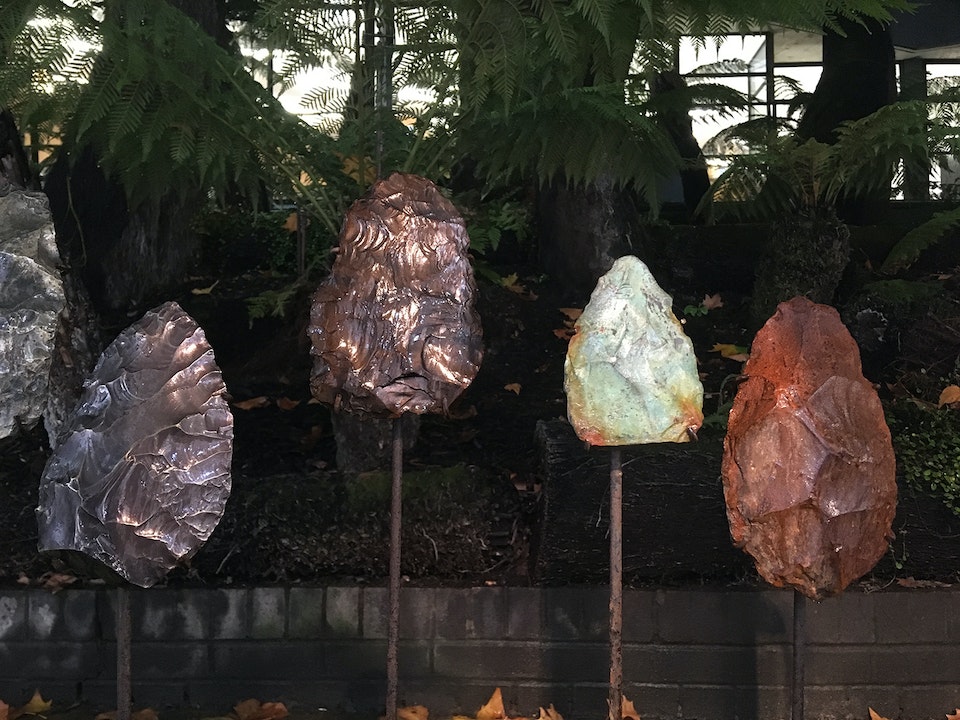 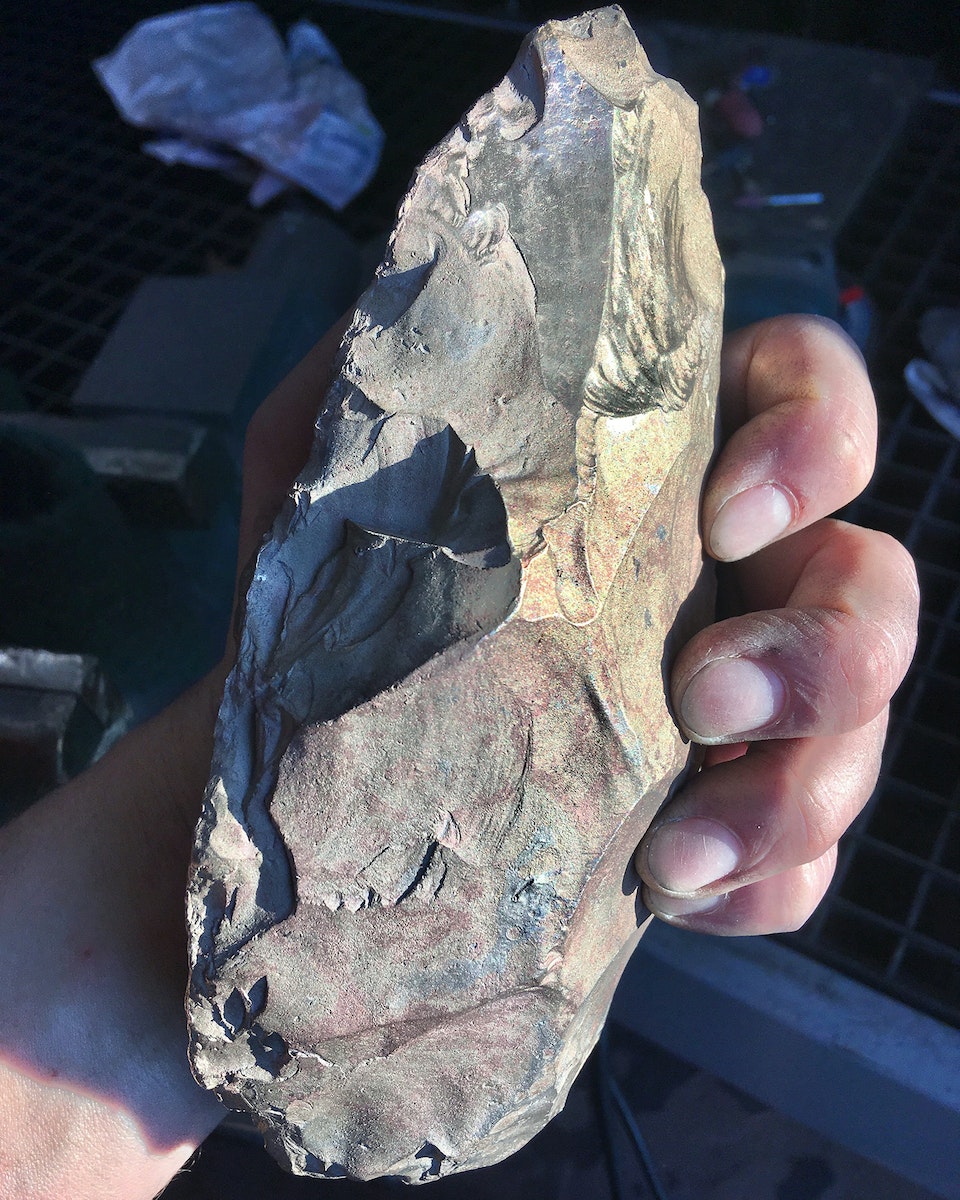 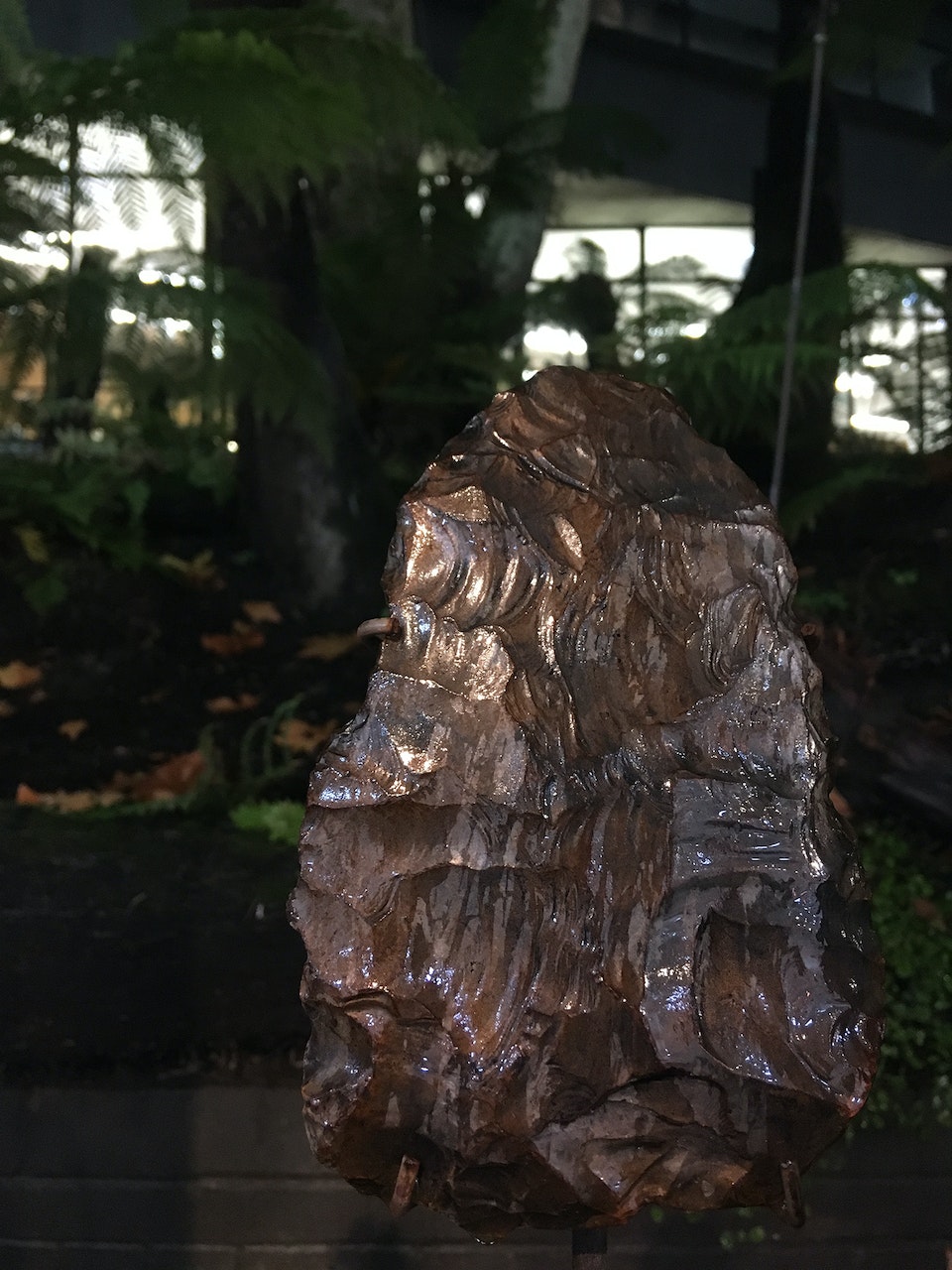 A series of Flint Hand Axes, cast in Bronze and Iron.

The original stone tools range in age from the Lower Paleolithic period to the 21st century, and were made by at least three different species of craftspeople, in London and Norfolk.

Moulded, cast and patinated from 2016-18, they were first exhibited as an edition of 6 at Hidden at the Royal College of Art, November 2018, using the Fernery Garden as a vitrine and backdrop.

With thanks to the Museum of London, Coles Castings, Ore and Ingot and especially to John.